Most Popular Dating Sites and Apps in France 2022

Dating is not always the fun, exciting experience we imagine it to be. Most people dream of finding somebody who would make their lives more meaningful and enjoyable, but getting there can be a challenge.

For many of us, being introduced to a potential partner through mutual friends still feels like the more spontaneous option. It is also safer and does not require us to step outside our comfort zones. However, this kind of socializing is becoming less and less frequent. Our lifestyles have considerably changed in the past several years and going out with friends is not as common as it used to be.

One of the reasons for this change is the Covid-19 pandemic, which has forced us to spend more time in our homes and gradually led to alienation. People were forced to work remotely, which has proved to be a sustainable business model. So much so that many companies now choose to have remote staff rather than people working in offices, thus furthering the isolation.

The consequences of these changes can be felt in all aspects of our lives, including dating. People simply have less opportunity to meet and bond with potential future partners. Luckily, dating has also shifted from the real to the virtual arena, so searching for a partner through one of the many dating websites and applications is not uncommon any more.

Living and Dating in France

If you are moving to France and are new to the dating culture of the French, here is some information that will help you know what to expect.

Because the capital of France is popularly known as the City of Love, people may expect the French to be more romantic than people of other nations. But you had better abandon this deeply-rooted stereotype. Not all French women are sensual, and not all French men are seducers.

Male-female friendships are very common in France, and people often go out together even if they are not romantically involved. Perhaps this makes it even harder for someone new there to distinguish whether a Frenchman’s invitation means more than just a casual meeting.

If a Frenchman invites you on a date, it will probably involve no flowers, drinks and candlelit dinners. The initial French dates are usually more laid-back affairs. They may involve meeting with a group of friends or going for an afternoon walk. This does not mean they are not interested in you but are taking the time to get to know you better. Being fashionably late is also popular in France and is not supposed to signal rudeness and lack of interest. Quite the contrary: it usually means they are trying to appear blasé when, in fact, they are not.

Are Dating Sites Popular in France?

Although meeting new people through friends is culturally ingrained in France, dating by means of online dating websites has also become popular among the French.

Statista’s 2019 survey about online dating in France shows that one-third of French men and women have used online dating sites. Furthermore, 56% of men and 68% of women aged 25 to 34 have had a romantic or sexual relationship with someone they had met online. The poll also shows that the French do not find it impossible to find a serious, lasting relationship online.

Considering the fact that these days we greatly lean on computers and phones to conduct all sorts of daily activities, it is likely that the percentage of people looking for a partner through a dating app or website will increase in the future.

Even though it might seem that finding a partner online is as easy as putting items into your online shopping cart, this is not so. Meeting people online has its fair share of advantages and disadvantages.

One of the good sides of meeting online is that you can connect with people who live nearby, have the same hobbies you do, or perhaps share the same values. You can also search for a partner based on the type of relationship you want: a long-term or a casual one, an affair or a one-night stand. In addition, talking to complete strangers is much easier to do online than in person, which comes in handy if you find it hard to communicate with people easily.

Nonetheless, keep in mind that the whole concept of online dating is imperfect and that some degree of caution is necessary.

You may think that people on the other side are who they say they are, but that may not always be the case. Online dating only makes it easier to conceal one’s true identity and intentions.

Another limitation of online dating is that you may occasionally find it challenging to get the message across. Some people may also miss the human touch in online dating, such as the ability to see one’s spontaneous reactions, whether a flirty smile or an eye-roll.

The Best Dating Services in France at a Glance

Take a quick look at the best and most popular dating websites in France.

Meetic.fr was founded in 2001 and is now one of the leading websites for finding a serious, long-term relationship or even marriage.

The site has a free and paid version. The former will allow you to look at the local singles while sending them a message is only possible with the latter. This is good because a lot of people who are not serious about finding a partner will not buy a premium account.

It is also important to mention that Meetic.fr is in French, so the only way to use it is if you know the language. This is an advantage because it potentially connects only the people who live in the same area.

Here are some advantages and disadvantages of Meetic.fr:

Be2 is owned by a Luxembourg-based company. The website was founded in 2004. Now, 18 years after its foundation, it is one of the most reputable and reliable dating websites in France.

The website has about a million members and is popular among people looking for a commitment. It uses science-based algorithms to match people according to their personalities, beliefs and preferences. The distribution between male and female users is 43–57%. The site is ideally suited for people between 25 and 40 years old and has a high satisfaction rate.

Registration is free, but to see photos and write messages, you must purchase the premium version.

Here are some advantages and disadvantages of Be2:

C-Dating is a global online dating service based in Luxembourg. It has about two million profiles in 35 countries worldwide and a 52–48% distribution between female and male users. It is primarily suitable for people who are looking for casual dating and adventure.

The French version of the website is identical to the ones in other languages and provides the same features. The website is safe and allows the use of pseudonyms and the exchange of discreet and anonymous pictures.

Here are some advantages and disadvantages of C-Dating: 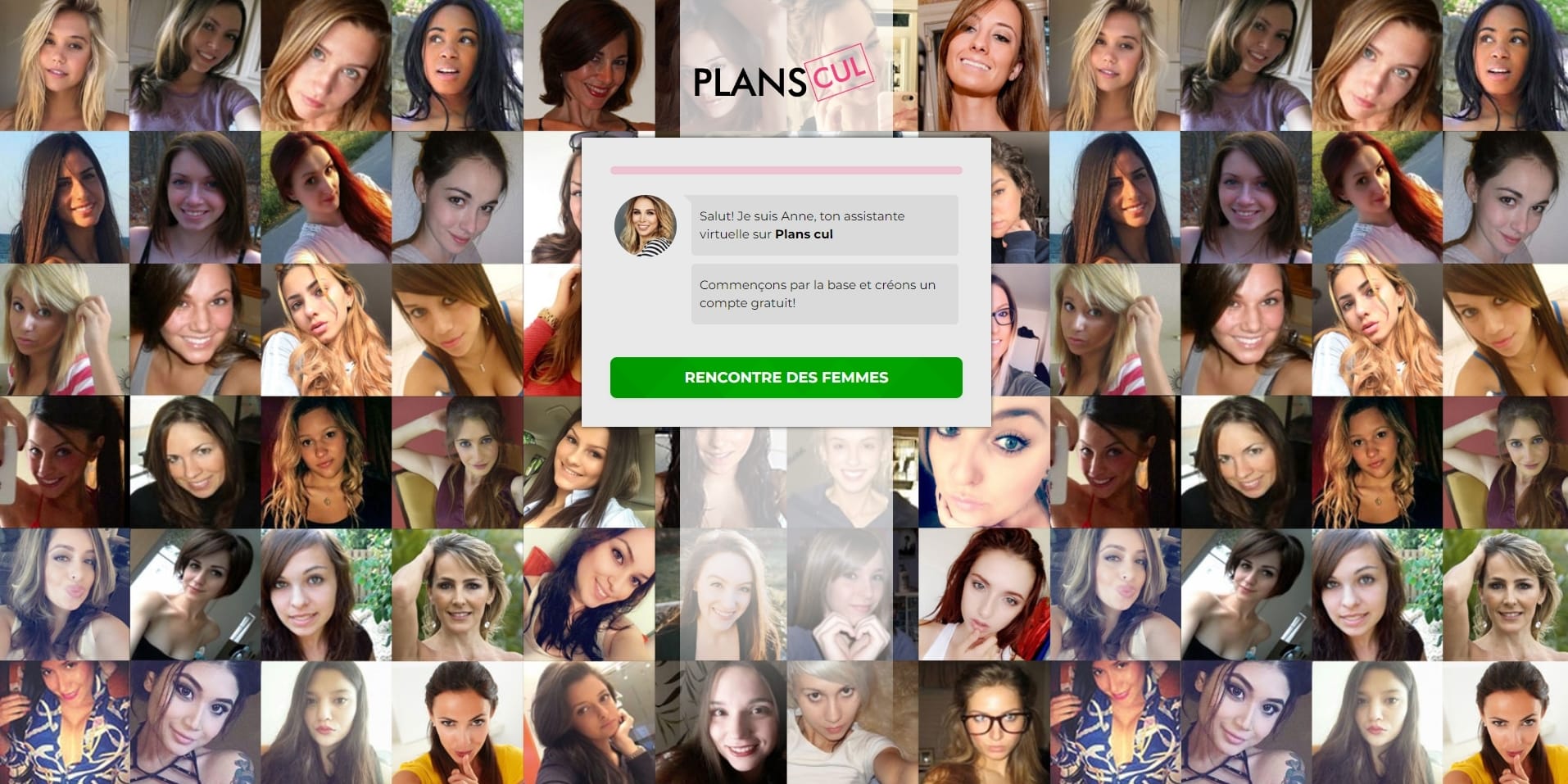 This online dating service was founded in 2018 and is primarily for people looking for a sexual relationship. Despite its provocative homepage, the site claims to also facilitate friendships and more meaningful relationships.

The website is in French and offers the possibility of choosing the location (country and province) of your potential matches: France, Belgium, Switzerland or Luxembourg.

Here are some advantages and disadvantages of Planscul: 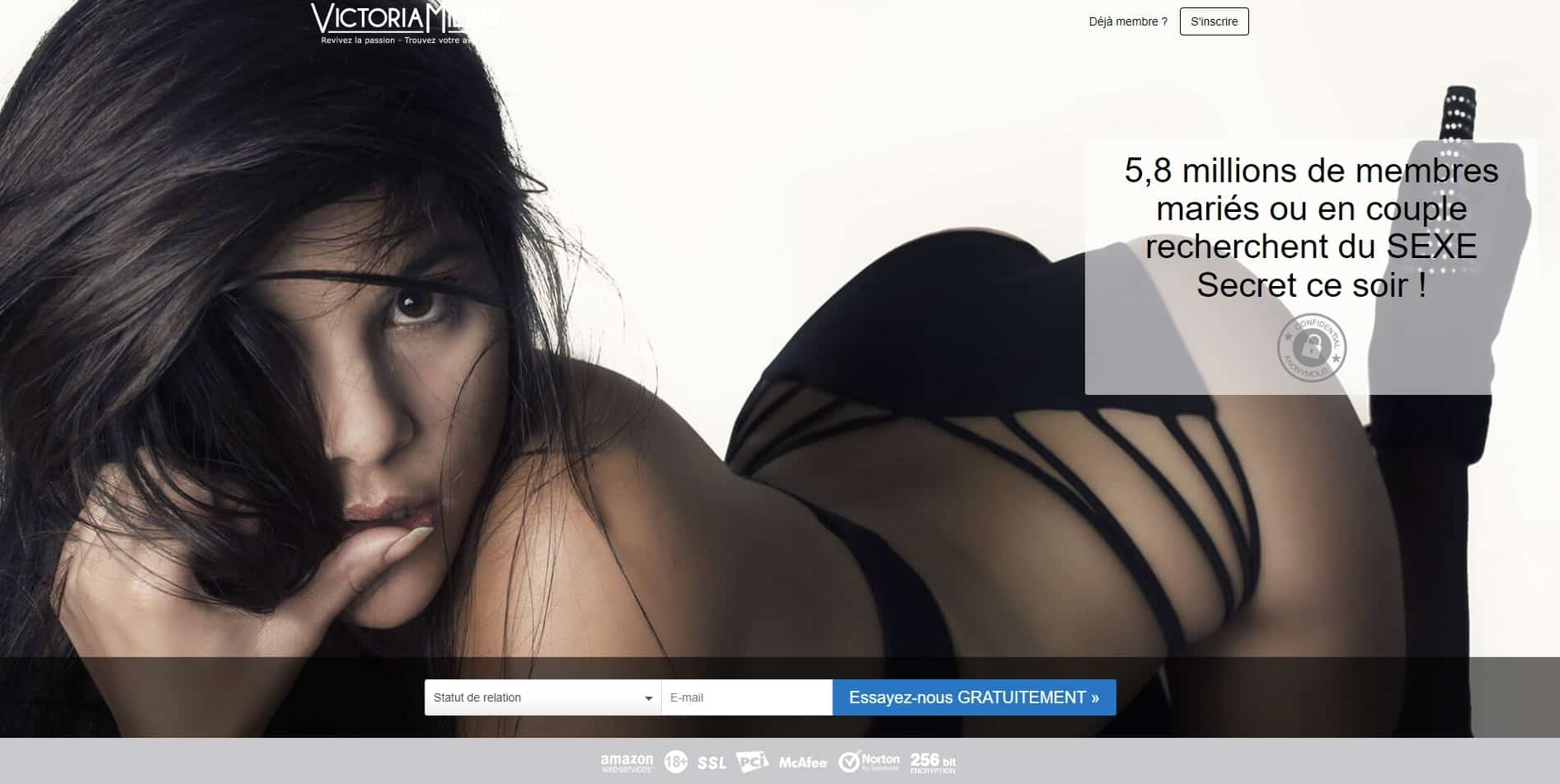 Victoria Milan is a European dating website specializing in dating married and attached people. As such, it makes sure to guarantee confidentiality and discretion. Furthermore, it encourages its users to disregard distances and connect with people from all over the world.

The male and female users ratio is 47% to 53%, respectively. Registration is quick, and users are advised to use pseudonyms instead of real names. As is the case with most dating sites, Victoria Milan’s does not allow messaging other members unless you are a premium user.

Here are some advantages and disadvantages of Victoria Milan:

How to Choose the Right Dating Service

The most important thing you need to do before you sign up with any of the available dating services is to ask yourself what kind of a relationship you want. That will determine your choice of dating website.

If you are looking for a serious and long-term commitment in France, choose Meetic.fr or Be2. If you want to date someone more casually, go with C-Dating. Those looking for a sexual relationship or a one-night stand should opt for Planscul or Victoria Milan.

One of the ways to narrow down your search is to look for candidates with specific characteristics and to use personality tests where possible. This approach will save you time, but there is a catch. By looking for people with certain qualities, you may overlook others who might be a better match for you even though they do not fit into your predefined partner profile.

If you have serious intentions, it is always better to purchase a premium account. Free accounts attract many people who are not necessarily committed to finding a partner. They will waste your time and ruin your online dating experience.

How to Make the Most out of Your Online Dating Experience

Here are some tips to help you get the most out of your online dating.

Writing as much about yourself as possible will give you better chances of connecting with the right person. Try to be different and present yourself in a unique way.

The first impression is important, so put the best photo of yourself in your profile. Choose a well-lit picture, preferably one in which you are smiling. Ask your friends’ opinions if you are unsure which one to pick.

It is not good to just sit about and wait to be noticed – do whatever it takes to connect with people. Traditional roles between sexes may hinder you from initiating contact if you are a woman looking for a man. Think about your goal, and do not worry about what others think.

Be kind and respectful to other people even if you are not interested in them romantically. Try to put yourself in their shoes. Remember that nobody likes to be rejected and scorned, so choose your words carefully.

Lying will not increase your chances of meeting the right person, so always be honest about your intentions. Also, do not tell embellishing stories about your achievements or your appearance.

Nobody said finding a partner is easy, but try to make your online dating as fun as possible. Look for the positives, and do not despair if you do not find a desirable partner straight away.

Your choice of online dating service is important, so take your time to explore your options and choose the one you feel most comfortable with. Then embark on your adventure.

What is the best dating app to use in Paris?

The best dating app to use in Paris is Happn. This app only connects you with the people you pass by, perhaps on your way to work or school, which is very useful if you live in a city as big as Paris.

What is the best dating site for people over 50 in France?

One of the best dating sites for people over 50 and living in France is Disons Demain.

What is the most frequently used online dating website in France?

According to Statista, the two most frequently used online dating websites in France (in 2020) were Badoo and Meetic.

Why are some French dating websites only available in French?

Some dating sites are only in French because, in theory, this increases the chances of finding a partner who lives nearby.